Every summer we offer Christian college students a summer work/study program that includes jobs at Herschend Family Entertainment (HFE) theme parks, housing, community, and discipleship for 10 weeks. The students live together in cabins, work together, have Bible studies, small group fellowship, receive mentoring, and enjoy evening activities, all coordinated by a group of committed, caring adults.

While skiing in Utah and Colorado a number of years ago, Will and Betty Wyatt were struck with the negative, disinterested attitude of the young people working at the ski areas, lodges and restaurants, and how this indifference affected their pleasure in being at the area. They thought about what a difference it would make if a ski area was staffed by Christian young people whose cheerful attitude of serving the guests would have a powerful impact. They shared this idea with several college-age young people, a few adults, and Bob Mitchell, then President of Young Life. Over the next few weeks, ideas and dreams formed of having a ski resort staffed by young Christian men and women who, at the same time, would be involved in a biblical studies program during their free time. It seemed as though God was prompting these ideas, for within a few short months many unusual things happened. While on a rare business trip to Colorado, a friend in the real estate business whom they had not seen in years, tracked them down to say he had a listing on a ski resort development for sale in southern Colorado. The proposed facility was far more than a ski area, also including year-round activities of tennis, riding, swimming, golf, and other recreation facilities. It seemed the perfect place for the culmination of their dreams.

Yet, at this time, it was nothing but a dream. It was a multimillion dollar project and there was no money. Several weeks later their real estate friend was at a Christian conference and assigned a room with a wealthy developer from Texas. Upon hearing about the project, the man became excited about the idea. After looking at the property, he felt that purchasing it for the proposed work/study program was possibly what God wanted him to do. After much prayer, the plans progressed in a very short time to the point of making the purchase within the next few days. Then the phone call came. The sale of another business interest which was to provide this man the money to purchase the property had fallen through. God had closed the door!

The months following were frustrating. Many young people, either college students who wished to take off a year or two from school to get more direction or college graduates who wished to get some biblical training before going on to a career, had been excited when they heard about the possibility of such a program. They were disappointed that the project had fallen through. Will knew he could probably raise the ten million dollars necessary to start the project, but was determined not to run ahead of God’s leading.

A year and a half after the door had closed, Bob Mitchell received a phone call from a man he had not met, and from a place he had not heard of: Jack Herschend, owner of Silver Dollar City​ near Branson, Missouri. Jack, a Christian man, wanted to know if Young Life would be interested in sending some young people to work at his theme park. He wanted a Christian witness and alternative lifestyle activities for his employees. Bob Mitchell responded that if they could also have a biblical studies program, Young Life would be glad to send some young people. Since they had been in on the original dream and planning, Young Life​ asked Will and Betty to head up the program. The first summer was 1977.

This was definitely God at work. Will and Betty had pursued nothing. They had made no contacts. The phone call came from someone unknown, providing just the elements they had prayed for and planned for nearly two years earlier. Except even better. The facility was already in operation. No time, effort, or money needed to be spent on development. God provided a facility already in existence where young people could serve others as they worked, and also have the opportunity to get into the Word. God’s blessing has continued to be on the experience since that time.

After many years of renting a small resort some distance from the park, Silver Dollar City donated funds to build cabins and meeting rooms right across from the park. Will and several young men from the program constructed the facility, and the first summer to be held at “Notch Pines” was 1993.

In 2000 the Dollywood theme park donated funds to build another facility for a second program in Pigeon Forge,Tennessee. Dennis and Shanna Fuller, both alumni of the program and volunteer leaders in Missouri for several years, were sent to Tennessee to build the facility and direct the program there. Cabins similar to those in Missouri were constructed, and with a partially completed facility the first Tennessee program was held in 2002. With “Eagle’s Call” now complete, a full contingency of students attend the program in this location as well.

The mission of Young Life is to introduce adolescents to Jesus Christ and help them grow in their faith.

Our Focus at Discipleship Focus is on helping college age students to grow in their faith. We do this by:

Who Know What God Says
by clearly teaching biblical principles about our relationship with Him
2 Timothy 2:15

Who Desire To Trust God In Everything
by emphasizing His sovereignty, promise of provision, and love for them
1 Thessalonians 5:18 & Philippians 4:19

Who Are Becoming Like Christ
by encouraging them to present all areas of their lives to God for His transformation
Romans 12:1-2

Who Follow God’s Leading
by reminding them of Christ’s example of never taking initiative on His own
John 5:30

Who Will Become Equipped To Teach Others
by encouraging them to share what God is teaching them
2 Timothy 2:2

Who Are Encouraged By Leadership Modeling These Principles
by continuing to grow in these areas themselves…
by making certain the ministry is operated consistent with scriptural principles…
by trusting in God for provision and results…
by not taking initiative on their own in matters of leadership and expansion…
by being open to God’s leading and quick to follow Him in new directions.

Our Statement of Beliefs

The Scriptures of the Old and New Testaments being given by divine inspiration are the Word of God, the final and supreme authority in all matters of faith and conduct.

In the Scriptures, God reveals Himself as the living and true God, Creator of all things. Perfect in love and righteousness in all His ways, this one God exists eternally as a Trinity of Persons: the Father, the Son and the Holy Spirit.

God made man in His image that He might have fellowship with him. Being estranged from God by his disobedience, sinful man is incapable of a right relationship to God apart from divine grace.

The only Mediator between God and man is Jesus Christ our Lord, God’s eternal Son, who as man fully shared and fulfilled our humanity in a life of perfect obedience.

By His death in our place, Jesus revealed the divine love and upheld divine justice, removing our guilt and reconciling us to God. Having risen bodily from the dead and ascended into heaven, He rules as Lord over all and intercedes for us as our great High Priest.

The Holy Spirit, through the proclamation of the Gospel, renews our hearts, persuading us to repent of our sins and confess Jesus as Lord. By the same Spirit we are led to trust in divine mercy, whereby we are forgiven all our sins, justified by faith through the merit of Christ our Savior, adopted into God’s family as His children and enabled so to live in the world that men may see our good works and glorify our Father who is in heaven.

God, by his Word and Spirit, calls sinful men into the fellowship of Christ’s body. Thus, He creates the one holy, catholic and apostolic Church, united in the bonds of love, endowed with the gifts of the Spirit and summoned by Christ to preach the Gospel and to administer the sacraments, to relieve human need and to strive for social justice.

God’s redemptive purpose will be consummated by the return of Christ to raise the dead, judge all men and establish His glorious kingdom. Those who are apart from Christ shall be eternally separated from God’s presence, but the righteous shall live and reign with Him forever. 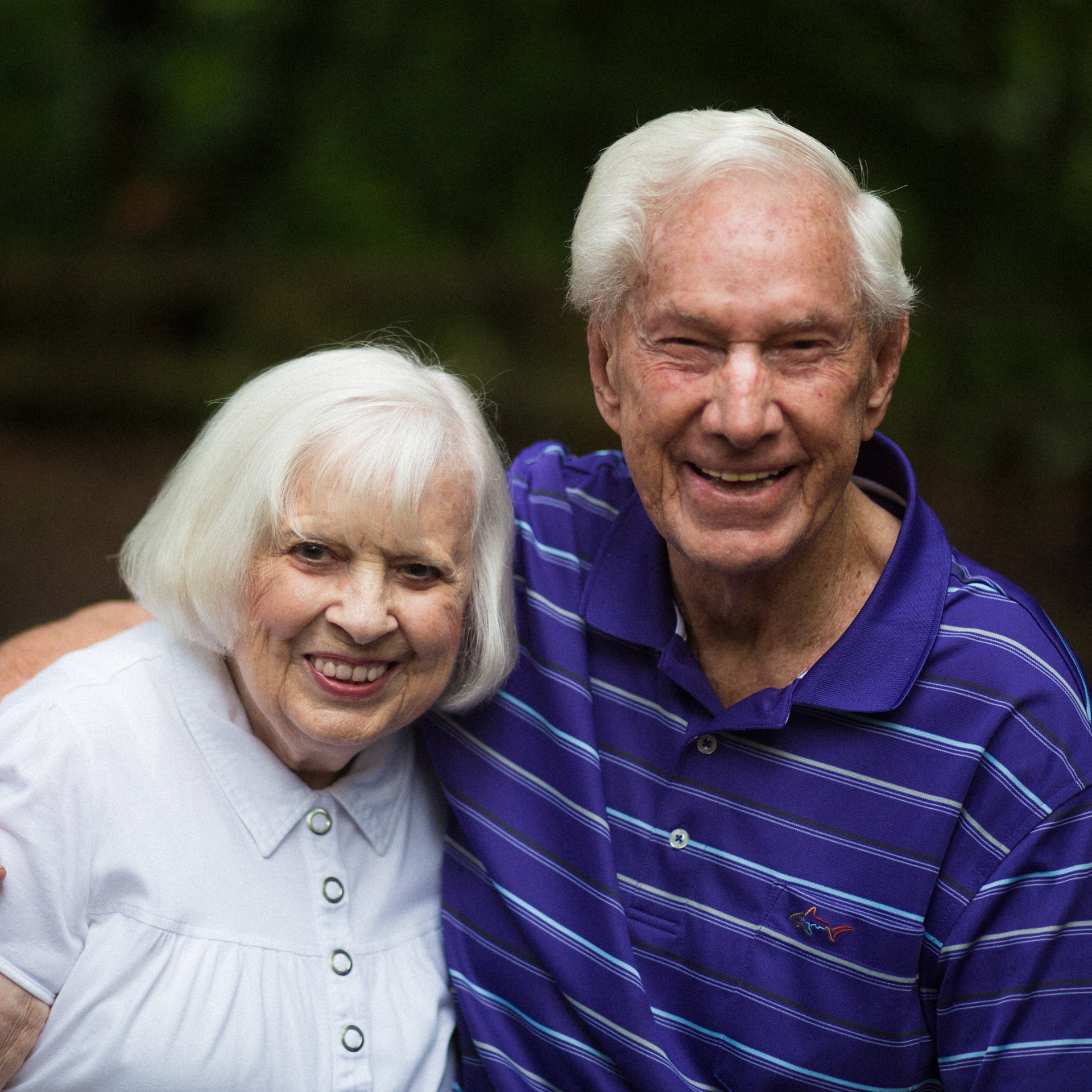 Will and Betty Wyatt started this discipleship experience in 1977 and continued to direct the ministry on a volunteer basis. Both of them were on Young Life​ staff at one time, Will as an area director and Betty as secretary to founder, Jim Rayburn. After leaving full-time staff they continued to be volunteer area directors in Southern California, while running several businesses of their own. They have been involved as volunteers in several other special projects for Young Life​ through the years, including the inception of Wilderness Ranch, one of Young Life’s wilderness camping properties. Will graduated from Biola University and California State University, Los Angeles. He and Betty had a large wholesale nursery, an audio-visual production company, and several other smaller business interests in Southern California. After many years living in Escondido, California, where they were members of Emmanuel Faith Community Church, they moved to Murrieta, California, where they attend Faith Bible Church. They have two married children and three grandchildren. Will Wyatt “graduated” into the presence of God in January 2017. Betty still spends her summers in Branson, MO investing in college students as she is able. 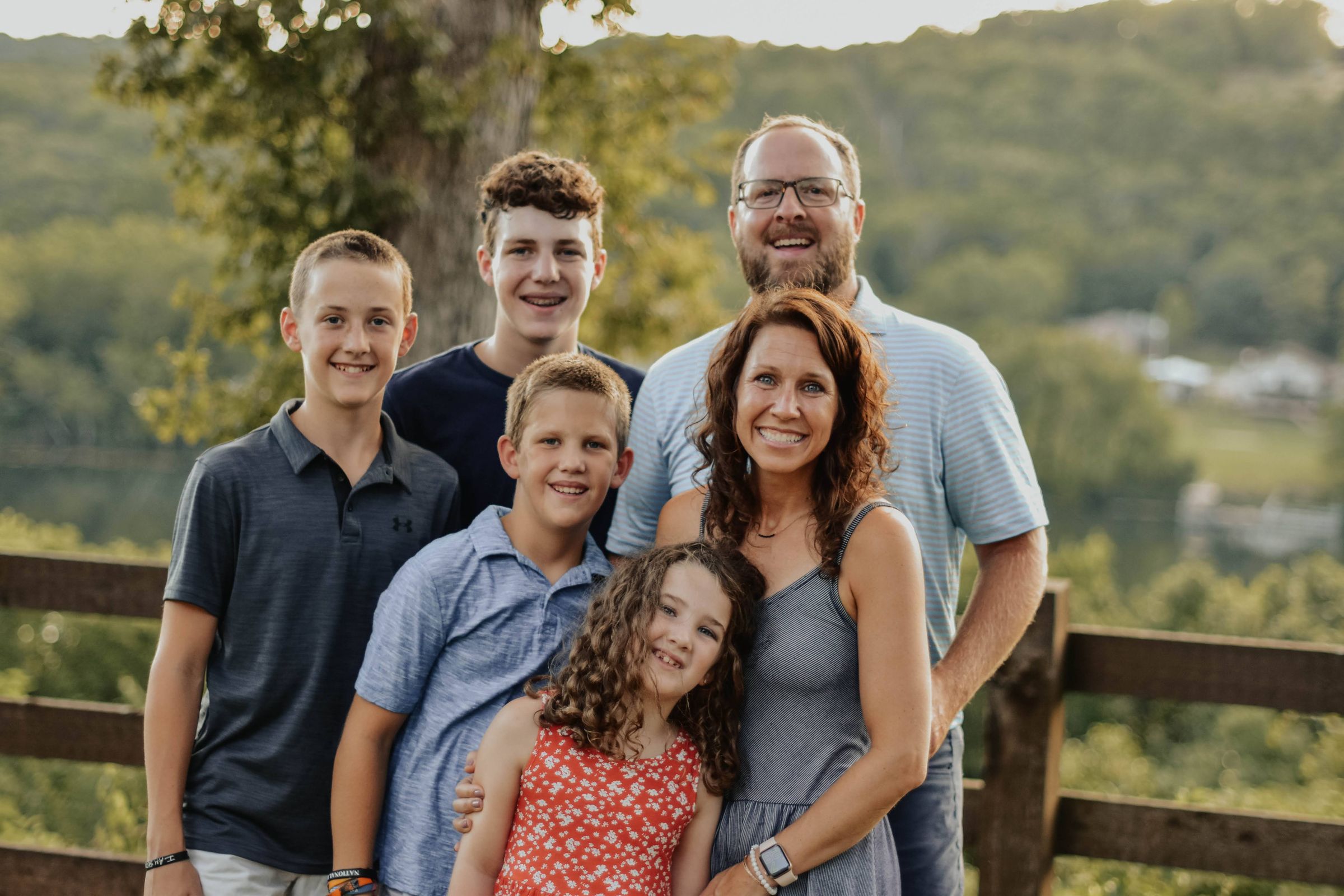 Ray and Jamie grew up in Jackson, Tennessee, where they were both heavily involved in Young Life as kids, volunteer leaders and student staff. They are both graduates of Union University. Ray went through Discipleship Focus in the summer of 2000 as a student. He was on field staff with Young Life for seven years in the Tennessee Region before becoming Discipleship Focus Camp Manager in 2009. Ray and Jamie have four children: Benjamin (2006), Brody (2008), Blake (2010), and Hattie Anne (2013). 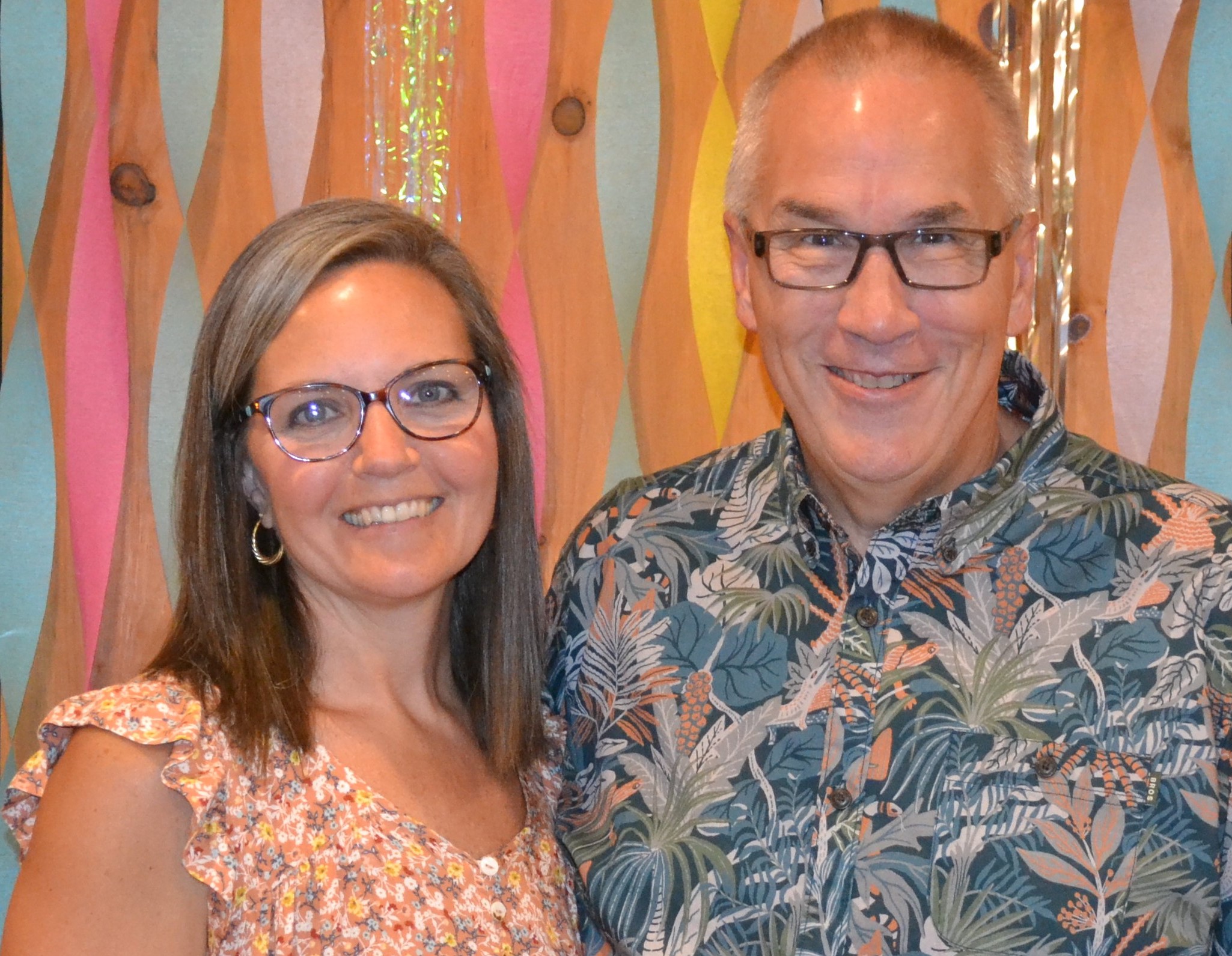 Shanna grew up in Parsons, Kansas, and graduated from Kansas State University with a degree in Community Health and Nutrition. She went through the discipleship program in 1991 and again in 1992 when she met her husband, Dennis. She and Dennis were part of the program leadership in Branson from 1997-2000 and Program Directors for Discipleship Focus in Tennessee from 2001-2021. They have four adult children. 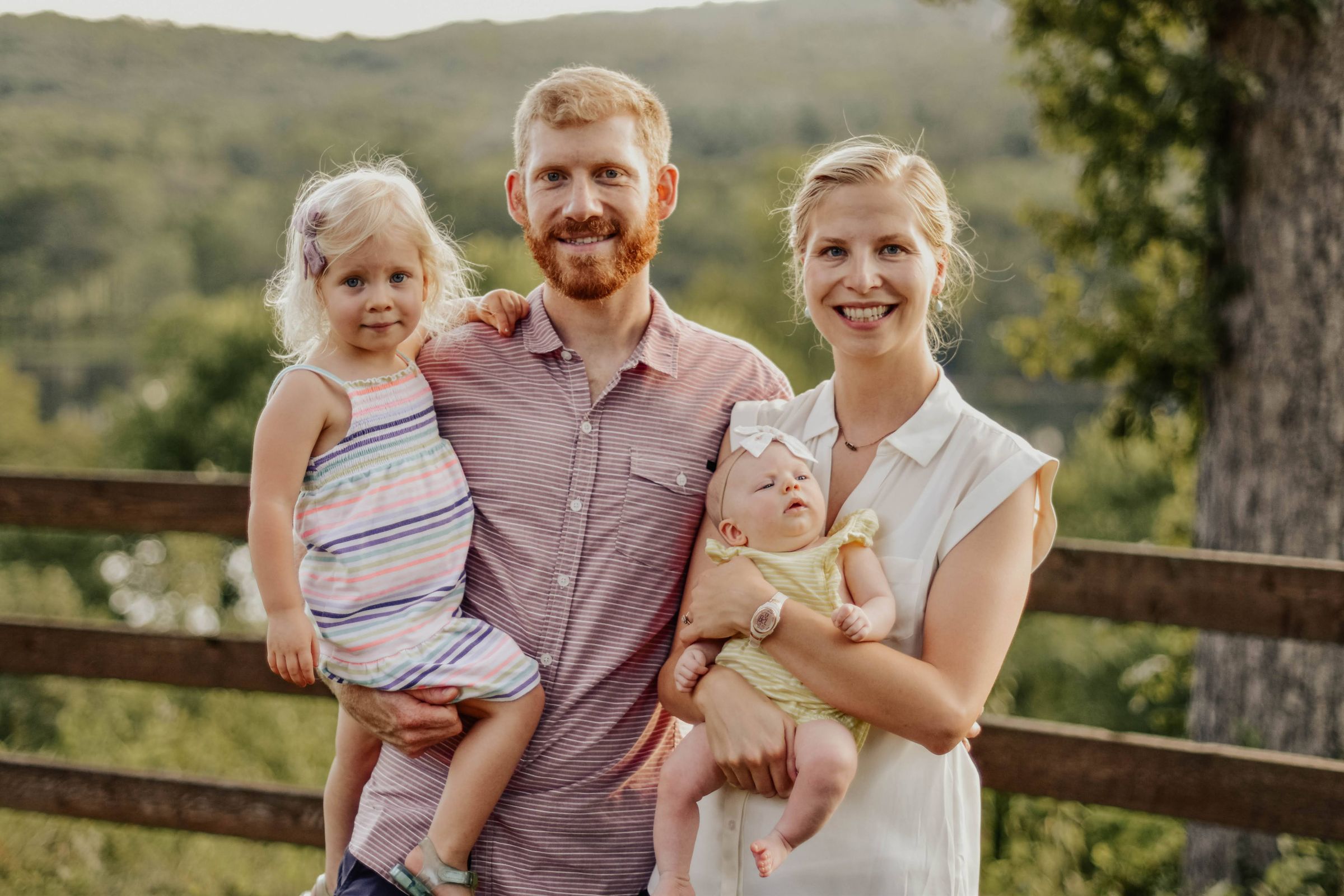 Paul is originally from Milan, TN. He attended college in Jackson, TN at Union University, majoring in Business Administration. Paul was a Young Life leader in college and spent 2 summers as a student at Discipleship Focus, 2011 and 2013. After college he went on staff with a para-church youth ministry in the Branson area. He spent two summers as a Discipleship Focus small group leader before coming on staff in the fall of 2015. He is married to Eva and has two daughters: Eleanor and Adeline.

Each summer singles, couples, and/or families assist on a volunteer basis in the leadership of this discipleship experience. Their unselfish, sacrificial devotion to the men and women attending this program is a labor of love and a major vehicle through which God works in so many lives. If you are interested in being a volunteer leader for our summer program, please contact us.

If the Lord should lead you to join us in furthering this ministry, we will greatly appreciate it.